As a preamble to the commemorations around the world for the 500 years of the death of the Italian artist, the exhibition entitled Leonardo da Vinci The Face of a Genius is exhibited in the Galería de Arte del Palacio Municipal de Puebla, thanks to the support of the City Council of Puebla. The exhibition has an original self-portrait attributed to the genius of the Renaissance called “Tavola Lucana”.

Promoting contact between Leonardo da Vinci’s work, “La Tavola Lucana” and the visitor in a visual and intimate way has been the engine that has moved us to carry out the realization of this exhibition.

The Virtual and Interactive exhibition by Leonardo da Vinci is the staging of a historical and biographical journey about the genius of the Renaissance, his work, and the recognition of his true face. Through projections, videos, and making use of technology, it takes us on a virtual tour, which culminates in the presence of the original work “La Tavola Lucana”.

The exhibition aims to display the historical testimony of the artist and his genius, establish a direct and original communication of the work “La Tavola Lucana” with the viewer, in the midst of a spectacular setting designed exclusively for the delight of the visiting public, providing a climate that conditions and communicates the exhibition with the sole purpose of generating and contributing to artistic and cultural diffusion, interpreting the vision that Leonardo da Vinci embodied in his works.

The interactive exhibition is a way to renew the attention of the public, liven up the exhibition, and bring it to life. But above all, the exhibition seeks to approach the viewer from different points of view: thematic, playful, and creative, seeking to achieve more than an aesthetic experience, a historical experience, allowing us to try new means of visualization and awareness, offering the public the elements to provoke a direct exchange and create a sensitive approach to the work of the Italian genius. 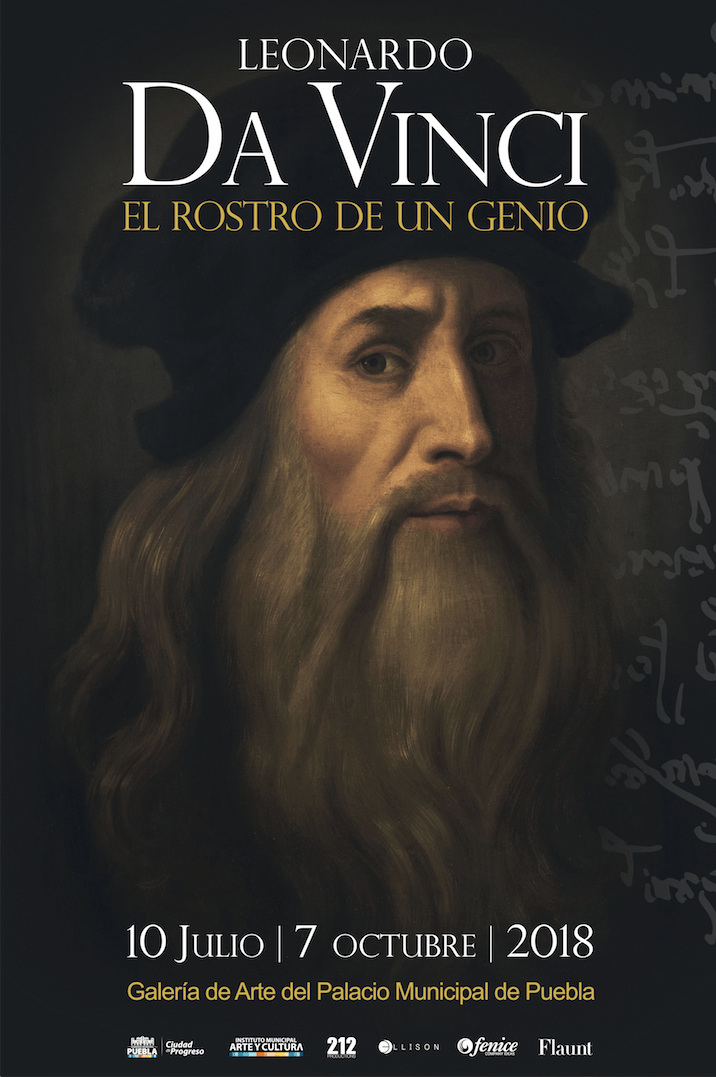 The discovery, in December 2008, of a painting representing the portrait of Leonardo da Vinci, has reopened an extraordinary debate on the characteristics of the face of the Tuscan genius, often identified in his physiognomy through the old man reproduced in the Royal Library of Turin in Italy. However, the painting found by Nicola Barbatelli was familiar with another identical portrait kept in the “Galleria Degli Uffizi” in Florence and celebrated until the end of the 19th century as a Self-Portrait-masterpiece of the Tuscan artistic genius. The painting, which for a long time has been identified as the “Lucan Self-Portrait”, due to its location in the “Museo delle Antiche Genti di Lucania”, precisely in Basilicata, was subjected to an intense and structured protocol of laboratory tests and examinations, promoted by six different universities in the Campania region.

This impressive scientific project at the end has placed the work between the period of four hundred and five hundred and has resolved the oldest doubt about the real features of Leonardo Da Vinci’s face; The study of historical documentation also made it possible to reconstruct the different movements of the same work from Tuscany to Naples and has also allowed us to trace the most recent places in the area of ​​southern Italy.

Based on the diagnostic investigation, the process of reasoned criticism began and, after years of exhausting studies, the Lucano Self-Portrait (or Tavola Lucana) has been attributed to Leonardo da Vinci according to the most important specialists and the work has been presented in the most prestigious events of world art.

The interactive exhibition is a way to renew the attention of the public, enlivens the exhibition, and brings it to life. But above all, it seeks to approach the viewer from different points of view: thematic, playful, and creative.

According to some specialists, it gives information about one of the most mysterious aspects of Da Vinci, his countenance. 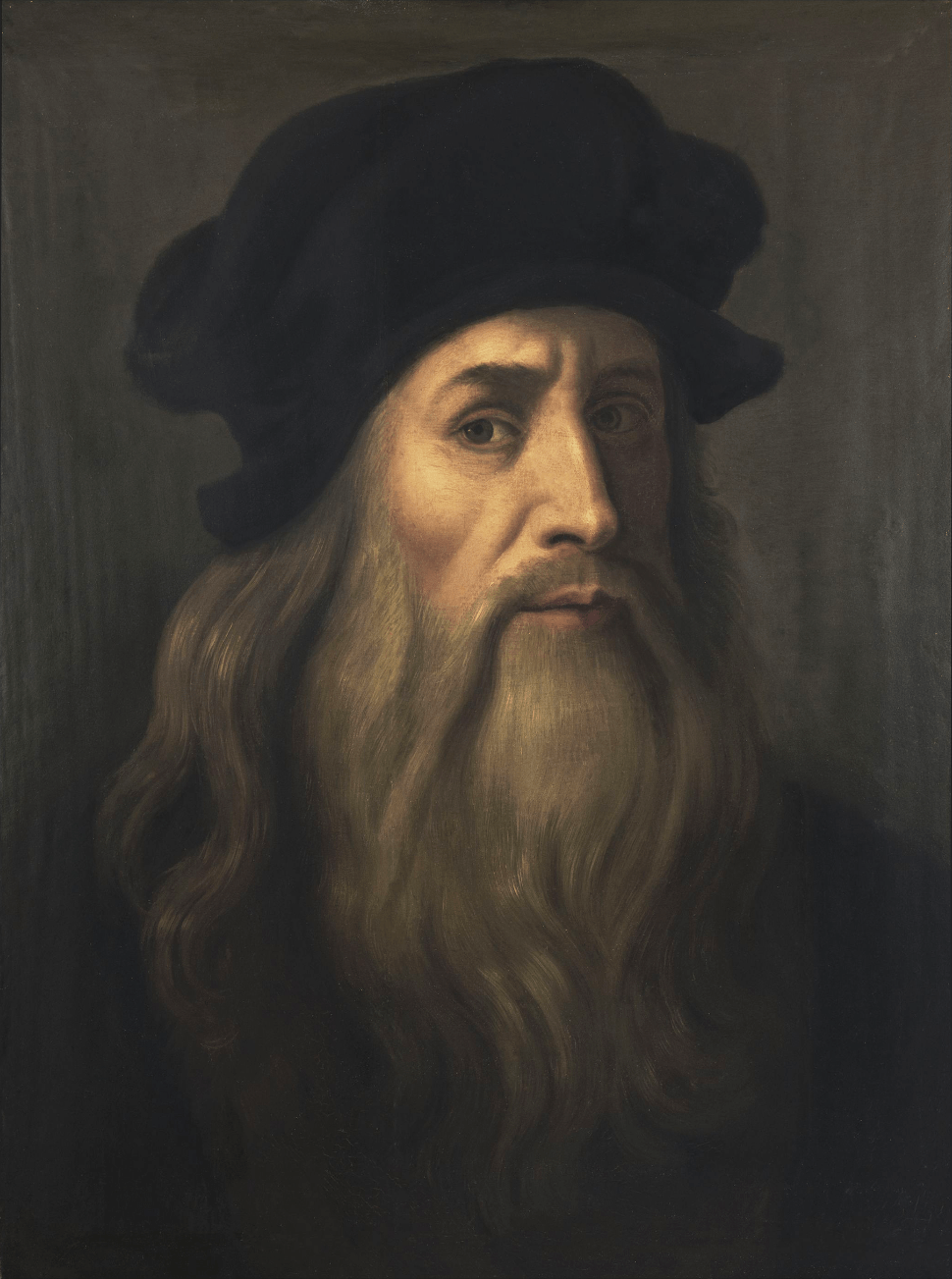 Between informative videos and reconstructions of the environments in which Leonardo lived and his work, the tour culminates with the original piece “Tavola Lucana”.

After an exhibition tour, through a hologram, projections, and a reconstruction in virtual reality, the public can see the “Tavola Lucana”, in total immersion thanks to virtual reality technologies. 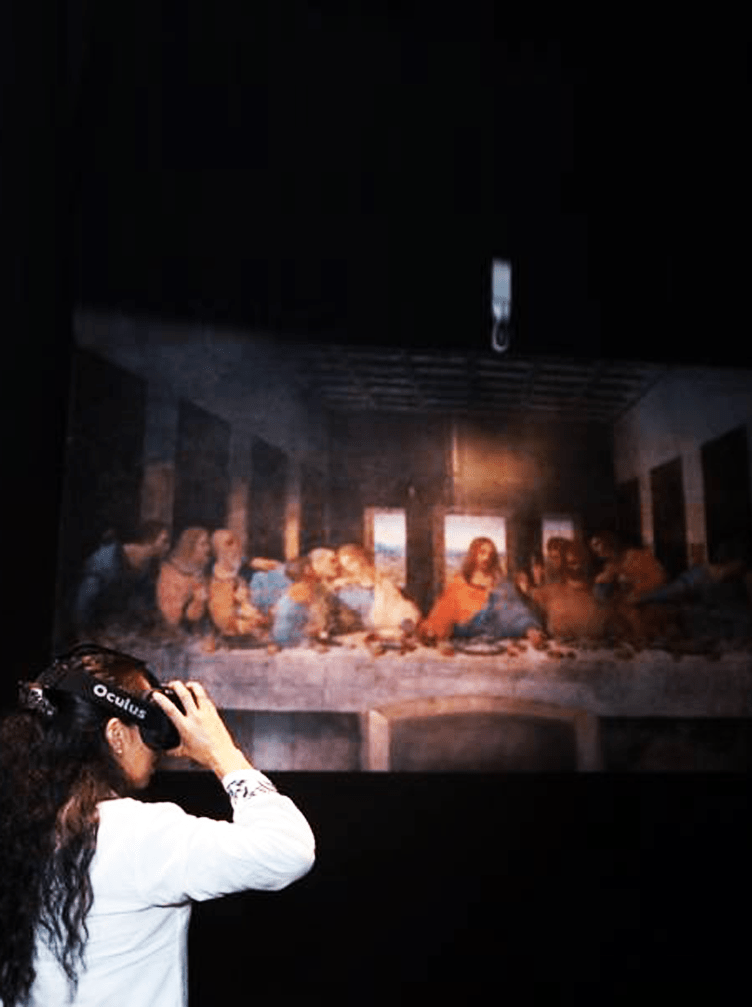 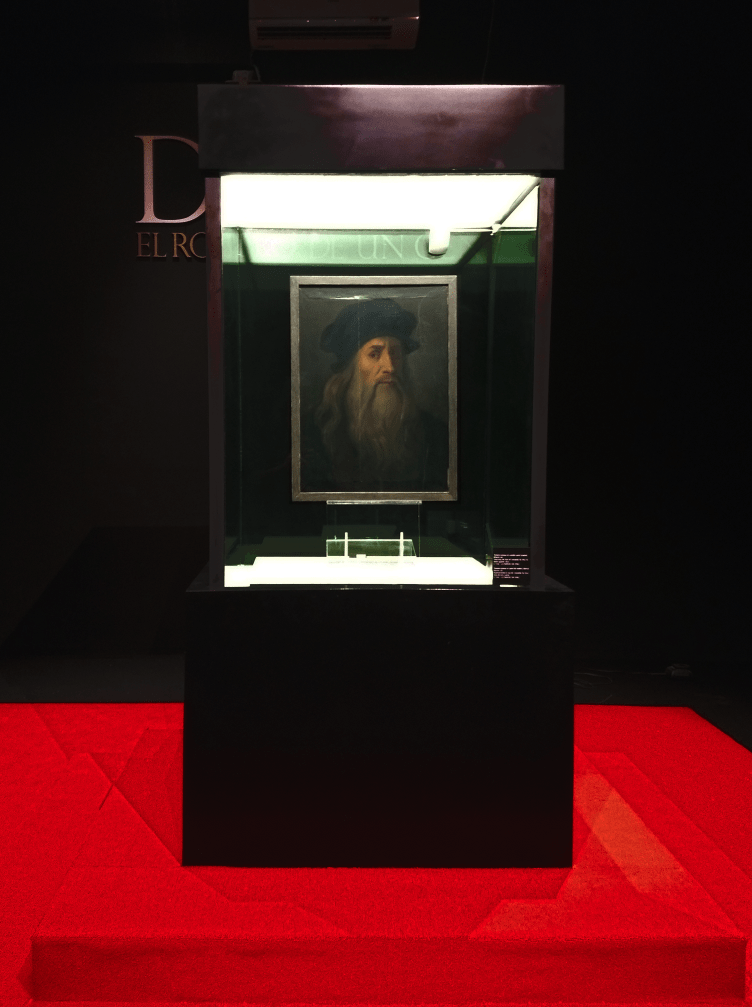 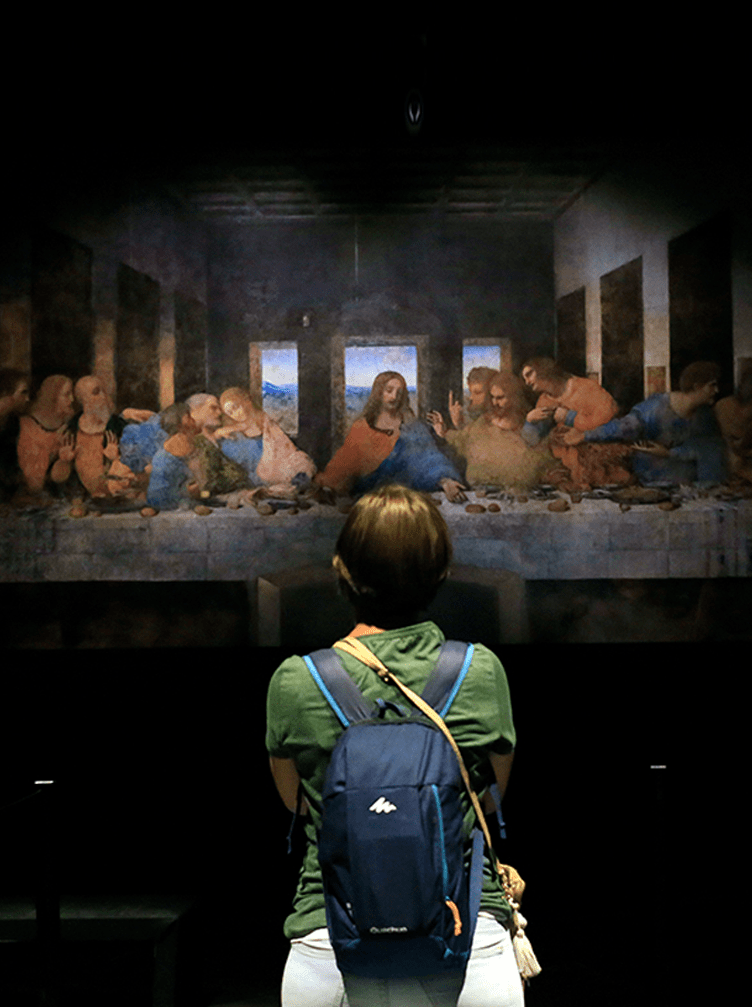 The Face of a Genious

More than an aesthetic experience, a historical encounter. A sensitive approach to the work of the Italian genius.